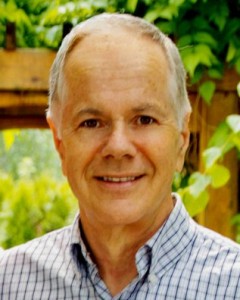 I think there’s a basic conflict for many writers, when it comes to marketing. By nature, we tend not to relish the role of salesperson. But nowadays, it’s not enough to write the best book you can. You have to publicize it too, even if your lack of skill at doing so leaves you feeling like the least-talented member of an all-zombie chorus line.

Since the publicity budget for a first novel can’t be sighted with the Hubble telescope, economy dictated establishing some kind of online presence to get Death of a Bride and Groom a little attention. Until recently, I’d never Facebooked, blogged, tweeted, or done any of the other social media activities that many people take for granted. Now, I know some of you are probably thinking I must be Amish, or confined in an institution somewhere, but the truth is that I was never interested. I felt an instant kinship with Betty White when she said on SNL that she had never known what Facebook and Twitter were, but now that she did, they sounded like an incredible waste of time.

However, my publisher made it clear that being active on social media was expected as a matter of course. The problem for me in following this direction was that I don’t want people I’ve never met to know anything about my personal life. Nothing. Certainly not my marital status, nor my age, nor where I went to school, not even my favorite color. I have a life and it’s mine, do you hear me, mine! (Well, okay, I don’t mind telling you I’m married and my favorite color is red, because it’s just the two of us talking here, right?)

So Facebook and I had a basic conflict: it wanted to get to know me and I didn’t want it to. Where did you go to school, it asked. When’s your birthday? I stomped off, muttering “none of your business.” 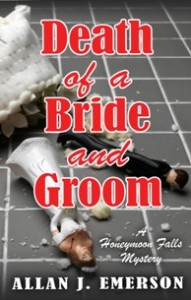 Eventually, I tackled Facebook again to set up a modest little stage onto which I hope to nudge Death of a Bride and Groom into an occasional appearance. I see myself as the stage mother (father?) off in the wings yelling “show them your cover! Now turn and let them see your flap copy. And your blurbs—show ‘em your blurbs!”

Blogging is the other activity I’m gingerly moving toward. You can see what I’ve done here. Blogging doesn’t seem as intrusive to me as FB, in that it seems to revolve around ideas, and ideas are what writers deal in.

Why use social media sites if I’m not comfortable with them? Well, I want to give my literary offspring the best possible start in life, and people with more experience than I assure me a social media presence is essential. I know there are also writers who think that social media use has little or no effect on book sales. What I think social media may be important for is networking, which my experience in the corporate world suggests can eventually lead to sales. Will it do so for this new writer? We’ll see.

Twitter? Let’s talk about something else. (I do have to save some time for writing.)

What do you think are the pitfalls and rewards of social media? What have you done to get the word out?

Allan Emerson is a Canadian writer who was born in Saskatchewan and brought up in small towns there and in British Columbia. He lived in Australia and New Zealand before settling on the west coast of Canada. As his mother could tell you, he’s been making up stories since he was a little kid.

Death of a Bride and Groom is the first book in the Honeymoon Falls series. It will be released at the end of May in the US, and in late June in Canada. Emerson describes it as “a small-town mystery containing humor, a little sex, a little swearing, and some startling relationships (sort of like the author’s life, except for the murders).” It’s available from bookstores, libraries, and online. A large print edition will be released November, 2015. Visit Allan at his website and blog. You’ll also find him on Facebook.

Allan is giving away one signed copy of Death of a Bride and Groom to a U.S. or Canada resident who leaves a comment on this post before midnight Mountain Time Saturday, May 30th. The winner’s name will be selected using random.org and posted here on Sunday.