I saw that Our Vines Have Tender Grapes was scheduled on TCM last week and had a rush of pleasant feelings about the movie, even though I couldn’t remember much of the story or the stars. I decided it must be one I’d watched on late night TV when I was a teenager. Originally released in 1945 and starring Edward G. Robinson, Agnes Moorehead, and a very young Margaret O’Brien, the movie was based on the 1940 novel, For Our Vines Have Tender Grapes, written by George Martin. It’s the story of Norwegian immigrant farm families in Wisconsin. My maternal grandfather was also a Norwegian immigrant although he ended up in South Dakota. Still, the connection appealed to me.

What interested me most is how the first part of the story is gentle and sweet and totally character-driven. Eventually the crises come fast and furious, and there is trauma as in most people’s lives. But there is also kindness and generosity here, and a sense of community a lot of us are missing in today’s fast paced world. The truly refreshing part of the movie: no car chases and no gun violence. I need to find a few more of those old films. They would be a nice escape from reality. 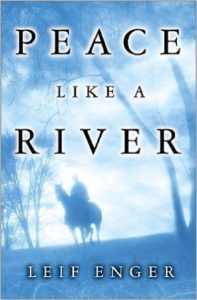 It took me awhile to read Peace Like a River by Leif Enger because I’ve been very busy with other things, but I enjoyed the novel so much I hated for it to end. The story is narrated by an 11-year-old, Reuben Land, who suffers from severe asthma that threatens his life. Reuben, his sister Swede, and their father Jeremiah journey across the Dakotas in winter, trying to find the older child Davy who has escaped from jail after murdering two other boys who had invaded their home. Peace Like a River was a bestseller with several starred reviews, so there may be a copy in your library. It’s a story of love, loyalty, and family. I gave it 5 stars on Goodreads. 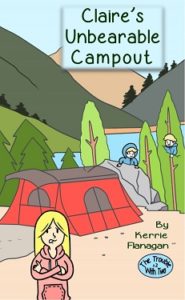 Kerrie Flanagan is my special Monday guest this week with a fun post about writing children’s books based on real life characters and events. Kerrie grew up with a rascally pair of twin brothers so she has a lot of material to work with. Drop by tomorrow, and I’ll bet you’ll be wanting to buy those books for the kids or grandkids in your life.