I love dipping into the works of local writers. There are so many authors in Colorado, both traditional published and self-published, who produce novels, novellas, and short stories in lots of genres.

Recently I had the chance to read a couple of stories by M.K. Theodoratus, and I wanted to tell you a little about them. 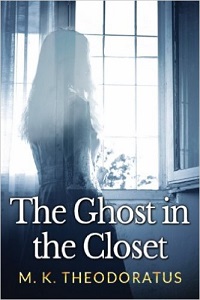 The first was The Ghost in the Closet, the story of Dumdie Swartz who was fired from her job and becomes homeless. When she and her friend move into a private shelter, Dumdie discovers the closet in her room harbors a ghost. A ghost with a message. The women’s shelter is about to be closed because the deceased owner’s will has gone missing. Without that valid will, the ladies who live there will be turned out.

Dumdie is not always as clever as she wants to be, but here’s a case she considers so worthwhile that she pushes herself to work with the ghost, find the will, and save the shelter. 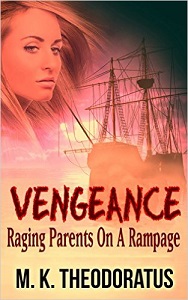 I liked the character Dumdie Swartz a lot, and I enjoyed the way the author expertly wove the character’s personality, talents and shortcomings, into the story. The Ghost in the Closet is 32 pages long and an enjoyable read to have ready on your Kindle.

The second M.K. Theodoratus story I chose was Vengeance: Raging Parents on a Rampage. This one is 49 pages, another good length to have ready on your Kindle. Vengeance is fantasy, and is related to a series of stories the author has written featuring her world of Fair Isle Half-Elvins. In this piece, the character Mariah must seek the vicious killers of her granddaughter and the brutal attack on her daughter. There is no anger like that of a mother against those who would harm her child. Mariah, a strong woman and a capable warrior, is no exception.

For those who love fantasy worlds, I’d suggest trying the Fair Isle Half-Elvin world. M.K. Theodoratus also writes of the world of Andor where “demons of many forms stalk humans.” Sounds creepy, doesn’t it?

Learn more about M. K. Theodoratus and her stories at her website and her blog, Lessons from My Reading. She can also be found on Facebook, Twitter, and Goodreads.