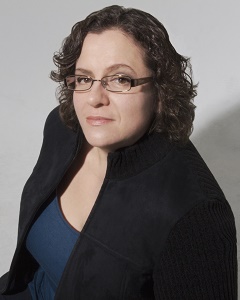 Since we started writing professionally, my writing partner, Ann, and I have written and published a single series—the Abbott and Lowell Forensic Mysteries. We contracted with Five Star, a small East Coast publisher, but have always had our eye on eventually working with a bigger firm. Sure, Big Five would be great, but we were realistic. And in the end, we’re very happy with where we landed at Kensington Publishing.

The idea for our new series came out of a lunch that my agent had with the editor who eventually bought it. Nicole meets with editors and discusses what they’d like to see as part of their list. Then she brings that information back to her clients so anyone who thinks they can take on a new project has the chance to give it a shot. All agents and editors have a ‘manuscript wish list’, in this case, this editor wanted to see a police procedural with a K-9 angle. Because of my writing partner’s background as a dog rescuer and trainer, we knew this was something we could tackle. But, at the same time, the thought of starting all over again was a bit daunting. We’d been spoiled for the last few books, always falling back into familiar characters and locations. And now we had to start from scratch?

But this is a case where writing with a partner is an advantage because two heads are better than one. In the end, when we sat down to work out the details of the series, we decided not to go with the typical police K-9, a patrol or drug sniffing dog. They’re wonderful animals and could bring out some exciting storytelling, but we decided to go for the more hopeful aspect of K-9 work: search-and-rescue (SAR). 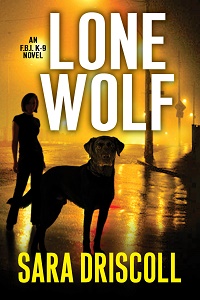 Search-and-rescue dogs are special animals who have to have a very specific temperament. They need to have a very strong drive, almost like a prey drive, but to find rather than to chase or kill. SAR dogs are rewarded by discovery of the living; but if the search is unfulfilled, often times other handlers deliberately hide so that the dog can be successful. They have to be non-aggressive, because the animal that tracks down a terrified, lost child needs to be comforting, not an extra layer of fear. They need stamina to work for hours on end. The search-and-rescue dogs at Ground Zero following 9/11 worked twelve-hour shifts, many of them becoming so dehydrated they required IV re-hydration part way through the shift to continue. Many different types of dogs can be search-and-rescue dogs, and, in fact, the book highlights a number of breeds including German shepherds and border collies, but the number one breed for this work is the Labrador retriever—either black Labs or golden retrievers are popular SAR dogs. So we went with a black Lab for the K-9 half of our protagonist team.

Instead of going for a metropolitan police department, we opted for the FBI which will give us a lot more geographical and procedural scope over the course of the three-book deal and beyond. The Forensic Canine Unit is a real working group within the FBI, and the Human Scent Evidence team is a subset of that unit. They do tracking and search-and-rescue and are dispatched nationally during disaster situations, having jurisdiction on all federal land. So this gives us a lot of leeway for some very interesting storytelling.

LONE WOLF, which just released on November 29th, is the first book in our new FBI K-9s series with Kensington Publishing. We’ve also just finished the second manuscript in the series and got to enjoy once again the familiarity of characters and places we’ve come to love. So it just goes to show that re-starting from scratch can be good, because once you clear the hurdle of the blank page and the uncertainty of new characters, you can settle in to a new normal that makes the reset totally worthwhile.

A scientist specializing in infectious diseases, Jen J. Danna works as part of a dynamic research group at a cutting-edge Canadian university. However, her true passion lies in indulging her love of the mysterious through her writing. Together with her partner Ann Vanderlaan, they craft suspenseful crime fiction with a realistic scientific edge. Their previous Abbott and Lowell Forensic Mysteries include DEAD, WITHOUT A STONE TO TELL IT; NO ONE SEES ME ’TILL I FALL; A FLAME IN THE WIND OF DEATH; and TWO PARTS BLOODY MURDER. The next in the series, LAMENT THE COMMON BONES, will release in March 2017. LONE WOLF, the first in their FBI K-9 Mysteries, written under the joint pseudonym Sara Driscoll, releases November 29, 2016. Jen lives near Toronto, Ontario, with her husband and two daughters. You can reach her at jenjdanna@gmail.com