I have been a book lover for a very long time, and I still get a thrill when I find a new great read. Yes, I have books piled all over my house, a back up supply on Kindle and tablet, and still find something to check out when I stop at the library.

It may be an addiction, but I guess it’s one of the healthier kind.

I grew up on a farm in east central Illinois with one younger brother. We had a few pets over the years, but the ones I remember most were the pointer my dad had for a hunting dog (and she was a beauty), my mom’s white Persian kitty, and the indoor/outdoor kitty we called the “three dollar cat” because it came from the animal shelter. It had a crooked tail. Not sure if it had a real name or not. 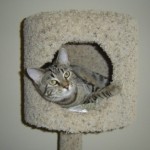 Over the years, I’ve also lived in Oklahoma, Indiana, the south of France, and Florida. A retired accounts payable manager, I currently reside in Colorado with my husband, Bill, a Scottish Terrier named Sassy, and our famous Katie Cat. Our four grown-up kids(and two granddaughters) are in San Jose, CA; Lafayette, CA; Oatman, AZ; and San Diego, CA.

Most of all I appreciate members of my critique group who keep me writing and make darn sure I don’t start slacking off:  Raintree Writers.

I completed NaNoWriMo in 2017 with 50,192 official words. It was an effort to kickstart a follow-on historical novel set in the 1800s village in central Illinois where Wishing Caswell Dead takes place. In 2020, I finished NaNoWriMo with 50,060 words of a cozy mystery.

My Books and Other Publications:

The first Sylvia and Willie mystery, The Prairie Grass Murders, was released by Five Star/Cengage in February, 2007. Books in Motion released the audiobook on CD and MP3 download in October, 2008, and Harlequin published a mass market paperback book club edition in February 2010.

The Desert Hedge Murders was released in August, 2009 and the Harlequin paperback edition September, 2010.

The Prairie Grass Murders and The Desert Hedge Murders are available as e-books for Kindle and Nook.

My first short story for middle-grade readers, “When They Brought the Bulls to Arles,” appeared in the third Mountain Scribe Anthology, released in May 2009.

A messed-up fairy tale for grown-ups, “The Three Sisters of Ring Island,” appeared in the anthology Tales in Firelight and Shadow in 2014.

Dead Wrong, a standalone suspense novel from Five Star/Cengage was released in November 2014 and was a finalist in the thriller category for the 2015 Colorado Book Awards. I’ll soon have it back on Amazon as an ebook.

I have an essay about my mom in the anthology Still Me…After All These Years.

December 20, 2017 from Five Star/Cengage: Wishing Caswell Dead, a historical mystery set in frontier Illinois. I have re-released that novel in 2020 as a trade paperback and ebook.

You can read the synopses for the novels on the Books page.