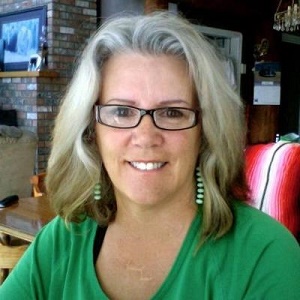 I’m often asked how I create strong protagonists for my suspense novels. I love answering that question because in the initial stages, my protagonists are anything but strong.

When introduced for the first time, Valerie (Dead Witness), Brendell (Broken But Not Dead), and Dakota (Break Time), tortured my beta readers with their blandness.

My weakness lies in structure; so creating a compelling protagonist isn’t a priority until the second draft; something I didn’t realize until my third manuscript. Sorry, critique partners.

Through editing and revising I’m able to spin those flat, cardboard characters into real heroes.

Take flawed, boring characters, who are often self-deluded, threatened their loved ones or their world, then watch as they have no choice but to become reluctant heroes.

Readers are presented with a wide array of suspense novels today, so we have our job cut out for us. The cover must be striking. The blurb must whet their appetite. And the first page must hook them.

None of that matters if our narrator is a bore.

Over the course of her life, Valerie (DW) has given up her identity to please everyone. Weighed down by her responsibilities, she’s lost herself.

However, after the FBI fakes her death, Valerie doesn’t ask someone else to save her children when the mafia threatens to kill them to stop her from testifying. Nor does she think twice about risking her life. She does what’s needed to save her family.

Brendell (BBND) is a miserable, bitter, middle-aged woman. How do you turn such a character around so readers love her the way you do? (BBND won IPPY Silver Medal, 2012)

While writing her story, I listened. I learned why she was bitter. Too many times society had kicked her while she was down. When the story opens, Brendell–enshrouded in her bitterness–has one redeeming quality: she is a good mother who adores her daughter Zoe.

That adoration is her saving grace. When a deranged psychopath threatens Zoe, Brendell goes after him with the fury of a lioness protecting her cub.

Dakota (BT) is the most difficult character I’ve ever written. He’s a seer who scorns his gift; and like Brendell, is mistrustful of man. Anticipating his next moves became brutal. Because Break Time is a collaborative steampunk anthology, I didn’t have the luxury of a full novel to explore his motivations.

But again, like Valerie and Brendell, Dakota is a flawed character who loves his family so profoundly, he’s able to commit the ultimate act to save them.

By now you’ve noticed a common thread running through my work. All my protagonists feel alienated and alone, yet are willing to risk everything, including their lives, for the sake of loved ones.

In 1983 I lost my father. In 1991 we lost our eldest son and in 2006 we lost his twin. Thirty-one years and I continue to create heroes who are able to do what I couldn’t. And while to me that seems somewhat pathetic, it’s what many writers do. We create heroes who fix what we can’t.

We live life vicariously through them.

Writing is who you and I are. Regardless of how we may feel about ourselves at any given moment, it’s a glorious process to mold a flat character into a hero. Brave. Larger than life. A fictional being who (if we do our jobs correctly) will stand the test of time and live forever.

How do you write strong characters?

Make their life hell, then show them fighting all the way to the finish line.

When Joylene’s father died in 1983, she wrote her first full–length manuscript to channel her grief. The seven-year process left her hooked and she began Dead Witness within a few weeks of finishing Always Father’s Child. Today Joylene is the author of three suspense novels: Dead Witness, Broken But Not Dead, and the steam-punk collaboration Break Time. While she’ll admit being published didn’t fix all the wrongs in her life, she wishes her parents had lived to see her success. Dead Witness was a finalist in the 2012 Global eBook Awards. Broken But Not Dead won the 2012 IPPY Silver Medal, and its sequel Mâtowak Woman Who Cries is due for release November 1, 2016.

Joylene lives with her husband and their two cats Marbles and Shasta on beautiful Cluculz Lake in central British Columbia. They spend their winters in Bucerias, Nayarit, Mexico. 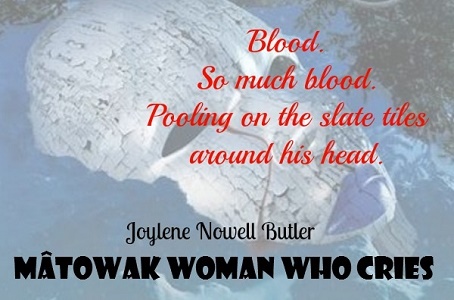 Synopsis of Mâtowak Woman Who Cries

A murder enveloped in pain and mystery…

When Canada’s retired Minister of National Defense, Leland Warner, is murdered in his home, the case is handed to Corporal Danny Killian, an aboriginal man tortured by his wife’s unsolved murder.

The suspect, 60-year-old Sally Warner, still grieves for the loss of her two sons, dead in a suicide/murder eighteen months earlier. Confused and damaged, she sees in Corporal Killian a friend sympathetic to her grief and suffering and wants more than anything to trust him.

Danny finds himself with a difficult choice—indict his prime suspect, the dead minister’s horribly abused wife or find a way to protect her and risk demotion. Or worse, transfer away from the scene of his wife’s murder and the guilt that haunts him…

The print copy is available at:
Amazon.ca
Amazon.com