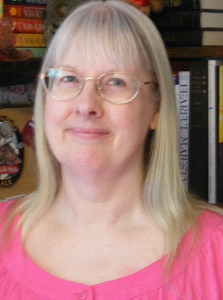 Back at the end of August, I had what most people would call my “fifteen minutes of fame” after Jimmy Fallon, on the Tonight Show, held up one of the cozy mysteries I write as Kaitlyn Dunnett, Ho-Ho-Homicide, and announced that “It’s got two things everyone likes—Christmas and murder.” I was stunned when I saw the clip—thrilled at being brought to national attention but uncertain how to feel when the reason this book was chosen was to give Fallon the opportunity to make a joke about two prostitutes. Ho-Ho. Right? Yeah, I didn’t get it at first, either. I was too focused on the fact that the book was spotlighted not because he’d read it and liked it but because it was included on his Do Not Read List.

It didn’t take me long to realize that I’d been handed a rare opportunity to promote not only this book but all the Liss MacCrimmon Mysteries. This series, set in the fictional village of Moosetookalook, Maine, features a former professional Scottish dancer (think Riverdance, only Scottish) who returns to her home town to run her aunt’s business, Moosetookalook Scottish Emporium. The first entry, Kilt Dead, came out in 2007. Ho-Ho-Homicide is number eight. Number ten, Kilt at the Highland Games, was published in hardcover in July. I’m currently writing number eleven, X Marks the Scot. 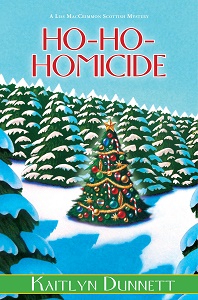 Although I’ve had fifty-four books traditionally published to date, and have six more forthcoming, most people have never heard of me under my real name or any of the pseudonyms I’ve used over the years. To be perfectly honest, I’m good with that. I prefer staying home and writing to appearing in public to hawk my books. But when what a fellow writer called the “promo gods” presented me with a opportunity like this one, I couldn’t very well ignore it.

That fifteen minutes of fame? It’s stretched out a bit. Nothing spectacular, but the book keeps popping up in unexpected places on Facebook. My publisher, Kensington, is happy about that and has gone back to press with the paperback edition. I’ve been profiled by the local online newspaper and done an interview on a FM station in a nearby city. And I was invited to write this guest blog. All good. Did I get a bump in sales? There was a slight one right after the show aired, but the real bump came when Kensington arranged for a Book Bub promotion (the ebook edition on sale for $1.99) using the Fallon quote in the ad. As a result, Ho-Ho-Homicide hit #1 on one Amazon bestseller list and #2 on another and “Kaitlyn Dunnett” was briefly #20 on an Amazon list of mystery authors. 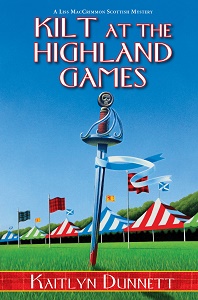 Now that things have settled back to normal, I’ve had time to reflect on the experience. The thing that strikes me most is the role fate (or, if you prefer, dumb luck) played in all this. For one thing, and this is a biggie, Ho-Ho-Homicide was not my original title. Since the book is set on a Christmas tree farm during the holiday season, not specifically on Christmas, and one of the crimes committed by the villain took place in the past, I called it Auld Lang Crime. I was disappointed when it was changed. Would Jimmy Fallon have picked it to poke fun at if it had kept the original title? Doubtful.

The other issue, of course, is the whole “poke fun at” aspect of the segment. Yes, any publicity is good publicity. Even bad reviews can lead to new readers. But as any writer knows, the books we write are our children. It’s difficult to hear them spoken of in any but the most glowing terms. Online, I received many good suggestions from other writers about how to best respond to the segment, but what put everything in perspective for me was a comment by then SinC president Leslie Budewitz. “He’s just having fun with words,” she wrote, “and that we can all get behind.”

Kathy Lynn Emerson/Kaitlyn Dunnett is the author of over fifty books written under several names. She won the Agatha Award for best mystery nonfiction of 2008 for How to Write Killer Historical Mysteries and was an Agatha Award finalist in 2015 in the best mystery short story category for “The Blessing Witch.” Currently she writes the contemporary Liss MacCrimmon Mysteries (Kilt at the Highland Games) as Kaitlyn and the historical Mistress Jaffrey Mysteries (Murder in a Cornish Alehouse ~ UK in December 2016; US in April 2017) as Kathy. The latter series is a spin-off from her earlier “Face Down” series and is set in Elizabethan England. Her websites are www.KaitlynDunnett.com and www.KathyLynnEmerson.com