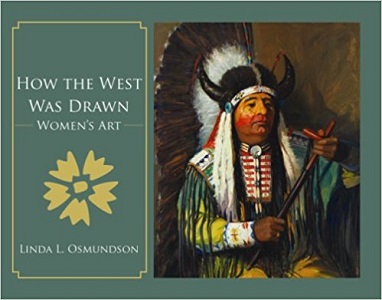 The story goes that when Mary Cassatt (1844-1926) told her father she wanted to be a painter, he said, “I’d rather see you dead.” Such was the mentality about women in the arts – writers, painters, sculptors – for centuries. Women’s History month will most likely skip over women who contributed to art history. What more can we expect since even art history books name only a few women artists of the distant past?

Yet, documentation recognizes women painted as early as Antiquity. A Roman/Greek scholar of 5th Century A.D., names three to six women painters in his Natural History chapter on painting. A National Geographic article claims some cave paintings were created by women. Nuns in the Middle Ages illuminated manuscripts. In the Renaissance, women painters/sculptors increased in numbers and continue to do so today. Each historic era included women artists though seldom recognized or named.

Early women artists often left their works unsigned in order to sell. Or, they penned initials, a husband’s or made-up name. They ignored the rules expected of them – learn to play a musical instrument, sew, paint a little, carry on a good conversation and raise a family. Against society’s rules, they pursued a career in painting and sculpting. Although banned from early art workshops because of models’ nudity, women artists eventually studied at prestigious art schools in Europe and America. And still they found acceptance of their works a challenge. My picture book – How the West Was Drawn: Women’s Art – includes 14 women who painted the West. They faced the same challenges.

As the West expanded to the Pacific coast, women followed their husbands and recorded the trips through art and writing. Serious western women artists gathered in places like Denver, Colorado Springs and San Francisco. In 1858, fifty women held their first art show in San Francisco. They broke the rules governing subject matter for women – portraits and still-lifes – and displayed works of landscapes, missions, Indian camps, flowers and other plants. The exhibit grew in later years to eighty-one women who presented 270 works.

Currier and Ives hired lithographer Frances Flora Bond (Fanny) Palmer (1812-1876) to illustrate settlers crossing the Western plains. How she knew about the West is hard to imagine. She never traveled beyond New Jersey’s borders.

A women’s group with the 1905 Lewis and Clark Centennial Exposition contacted Coloradoan Alice Cooper (1875-1937). They commissioned her to sculpt a 7’ replica of Sacagawea. The sculpture stands in Portland, OR’s Washington Park.

When the Great Depression hit, the Public Works Art Project helped starving artists. The federal government commissioned 3,734 artists, male and female, to paint or sculpt in and around public buildings. Edith Hamlin Dixon (1902-92) painted murals in San Francisco’s Coit Tower and Mission High School. Today one of her monumental sized murals (9’4” by 17’5”) covers an executive office wall of the BNSF Railway in Fort Worth, TX – Pueblo Eagle Dance Mural: The Eagle Dance at Taos. 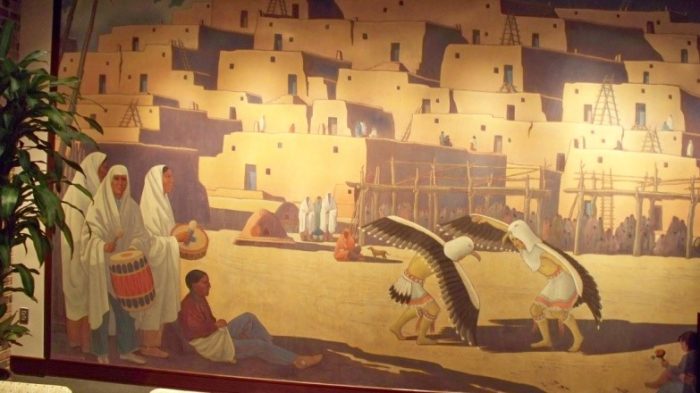 Catharine Carter Critcher (1868-1964) painted Indian portraits. The famous “Taos Ten,” a group of western male artists asked Critcher to be the only woman member of their group (1915-1927).

In 1930, the Chicago Field Museum commissioned Malvina Hoffman (1885-1966) to sculpt all the ethnic cultures of the world. She spent five years finishing 101 sculptures for their Hall Of Man. 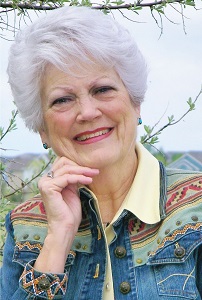 Linda Osmundson’s hundreds of non-fiction articles for children and adults have appeared in newspapers, magazines and anthologies. She authored three award winning books in the How the West Was Drawn series (Cowboy Charlie’s Art, Frederic Remington’s Art and Women’s Art) for ages 7-107. Learn more about Linda Osmundson on her website: or her How the West Was Drawn Facebook page. Purchase her books at Amazon.com. She lives in beautiful Fort Collins, Colorado, with a view from her deck of the Rocky Mountains and Long’s Peak.