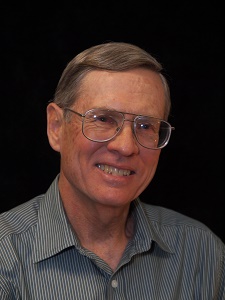 For the last twenty years, I’ve played a sport called platform tennis. As an ex-tennis player with aging joints, I found this an enjoyable sport on a court a third the size of a tennis court. Writers consider everything material for a novel, so I had to set a mystery on a platform tennis court. The result is Court Trouble—A Platform Tennis Mystery.

Here is a little background on the sport of platform tennis. The court is a raised deck covered with rough sandpaper-like material (you don’t want to fall down if you value cloth and skin) and is surrounded by a wire mesh fence. Rules are similar to tennis, but you only get one serve and you can play the ball off the fence after it has bounced in the court (you can’t hit a ball into the fence first). It began on the East Coast where a group of tennis players wanted a similar outdoor sport during the winter. Snow can be shoveled off the raised court through raised louvers on the sides. Although most people play it during the winter, my group continues all year. Equipment includes a paddle with holes to reduce air resistance and a solid, squishy ball. It’s primarily a doubles game with lots of finesse and strategy, aspects I enjoy. You get a continuous workout because the contained court allows the ball to be retrieved quickly at the end of a point. Scoring is similar to tennis. 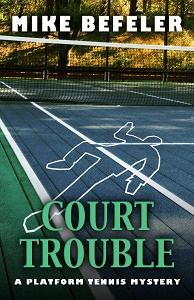 Court Trouble is set in Boulder, Colorado, in 2002. The protagonist, Mark Yeager, is a retired entrepreneur and prostate cancer survivor who becomes an amateur sleuth when one of his buddies is killed on a platform tennis court. In addition to trying to find the murderer, Mark must battle to keep the platform tennis courts at the recreation center (this is based on an actual event when, through a planning error, the courts were to be eliminated when the recreation center expanded). Mark has to prevent getting crosswise with the police, as well as ending up another victim of the murderer.

Following published geezer-lit, paranormal, theater and historical mysteries, this is my first sports mystery. I had a good time writing it and sharing my love for a sport I have enthusiastically played. And what the heck, we mystery writers have to find unique ways to kill off people.

My wife and I moved from Boulder to Southern California last year to be near our new grandson who turned one this month. The one problem: there are no platform tennis courts here, so I have taken up pickleball instead. This is the fastest growing sport in the country and also easier on the body than tennis. Pickleball has its own set of unique rules, which I won’t try to explain here. If you haven’t played it, you should give it a try. So you guessed it. In the future I will include pickleball in a mystery novel. Stay tuned.

Mike Befeler’s geezer-lit mysteries include Nursing Homes Are Murder, Care Homes Are Murder; Cruising in Your Eighties Is Murder, a finalist for The Lefty Award for best humorous mystery of 2012; Senior Moments Are Murder; Living with Your Kids Is Murder; and Retirement Homes Are Murder. His other published mysteries are Court Trouble, The V V Agency, The Back Wing, Mystery of the Dinner Playhouse and Murder on the Switzerland Trail. He grew up in Hawaii and lives in Lakewood, CA, with his wife.