I just read the second book in Margaret Mizushima’s Timber Creek K-9 Mystery Series, Stalking Ground, and wanted to pass on the good news. Book 2 is even better than Book 1, Killing Trail.

In Killing Trail, we met Officer Mattie Cobb and her K-9 partner Robo as well as veterinarian Cole Walker and his two daughters. The Walker family is also in Stalking Ground and Cole plays a very important part in the plot as he tries to run from a vicious killer in a back country chase where cell phones are no help…but K-9 dogs most certainly are.

Here’s what I wrote on Goodreads for Killing Trail:

And for Stalking Ground:

The Timber Creek K-9 mystery series is highly recommended. Protagonist Mattie Cobb and her dog Robo track a killer while trying to protect veterinarian Cole Walker and his family. When Mattie is hit by one of those life events that turn worlds upside down, she is faced with a new challenge…the past.

Margaret Mizushima is a top-notch writer!

I gave both books 5 stars. And here’s the best news of all. Book 3 in the series, Hunting Hour, is scheduled for an August 8th, 2017 release. In this book, one of Cole Walker’s daughters goes missing not long after another young girl has been found murdered. I expect the tension level will be very high on this one.

After finishing Stalking Ground, I emailed Margaret and asked if she’d answer a couple of questions for us. Gracious as ever, she responded quickly with these answers.

Q: I see you have a veterinarian in your family, so was that the trigger for the original Timber Creek K-9 series? Tell us how the idea developed and whether you started with characters, setting, or plot.

A: I’ve been married to a veterinarian for 35 years, and I always wanted to include a vet as a character in a book. Although I never worked regularly in our vet clinic, I’ve assisted my husband countless times with after hour emergencies and surgeries when his assistant wasn’t available, so I have years of observations stored up to help my Timber Creek K-9 series vet, Cole Walker, know what to do. I had decided to write a mystery and wanted two protagonists who shared a love interest. I was fortunate to meet a retired K-9 handler who told me many stories about her late partner named Robo, and the idea for my deputy, Mattie Cobb, and her K-9 partner Robo was born. One more piece fell into place before I started writing: my husband’s client, who trained patrol and protection dogs, told him about how the forest service had begun using narcotics protection dogs to combat drug smuggling through the national forests, which gave me the idea for the series setting and premise–citizens of a small Colorado town buy a narcotics detection dog for local law enforcement to combat drug traffic through their community. The vet and deputy work together to solve crimes against animals and humans. The actual plot for the first book, Killing Trail, came last and was revised many, many times before the series found a publisher.

Q: How far out do you have the series mapped?

A: I have four books under contract in the series and am not certain at this point when it will end. Book three, Hunting Hour, will release on August 8. At the beginning of this episode, Mattie has withdrawn from Cole and his family to work on issues from her past, but after she and Robo find a missing teen dead near the high school, she goes to break the bad news to them. She and her colleagues from the sheriff’s department are deep into the investigation when another child goes missing, and this time it’s one of Cole’s daughters. Mattie and Robo lead the entire community in the search as they try to track down the kidnapper before it’s too late. I’m writing book four now–Burning Ridge–and it will release fall of 2018. I’ll see where the series goes from there.

Thanks so much, Margaret. I hope you series continues for many more books. 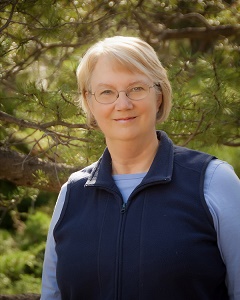 Margaret Mizushima is the author of the Timber Creek K-9 mystery series, which includes Killing Trail (2015), an RT Reviewer’s Choice Award nominee; Stalking Ground (2016), a Colorado Book Award finalist and International Book Award finalist; and Hunting Hour (2017). She lives in Colorado where she assists her husband with their veterinary practice and Angus cattle herd. She can be found on Facebook, Twitter, and on her website.

When my last novel On Behalf of the Family was published, my head felt emptied. I had nothing left to say. Perhaps some of you know that feeling. A new plot wasn’t waiting in the wings. I didn’t have a file folder of ideas percolating. My characters weren’t demanding to take the stage once again. …Read More