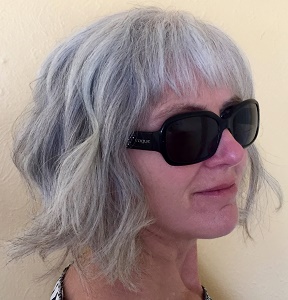 When I do school visits with elementary students, I typically get asked, “How long does it take to make a book?”

Fiction books in my mass market Night Before paperback series typically take two years to make from the writing to the printing. Both the illustrator and I are under deadline so we do our jobs fast. But to demonstrate my point with school kids I tell them to pretend they wrote a homework assignment in first grade, they wouldn’t get it back from the teacher until they were in third grade! Then I tell them that to be an author is to have a lot of patience.

With my newest book, When Jackie Saved Grand Central, I had to have a giant amount of patience – 7 years worth. If I were a first grader, I wouldn’t have gotten my project back until I was in eighth grade! That’s because a lot of work and waiting time went into this book, especially since it was non-fiction.

People don’t realize how much behind-the-scenes work goes into making a book. As the author, I spent a couple of years researching and writing, then rewriting and re-researching. From the time the manuscript was purchased and while the book was being illustrated, one foyer of Grand Central Terminal was redone to commemorate the subject of my book. Where before there was a plaque, now there is a digital slide show and a new plaque with a bronze relief of the former first lady. Thankfully my book didn’t come out just prior to that or it would have already included old information. 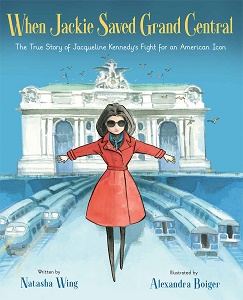 The editor who signed on for the book left the company so my project was in limbo until another editor took it over. In the meantime, the search was on for an illustrator. One popular, award-winning illustrator was asked and she turned the project down. When artist Andrea Boiger was chosen, she had other projects lined-up so couldn’t start mine for a year or two. Then there was more editing, more research, and more trips to Grand Central for both fact checking and inspiration. The process seemed like it was taking forever. One thing I learned though is to document your sources in an organized way because you may be asked years later to find those sources to verify your story facts. The other thing I learned is that you have to trust that there is a good reason for the delay.

It turns out that the release date of my Jackie book (March 7) is perfect for many reasons: 1) it comes out during Women’s History Month, 2) it is about a former first lady who lived in New York City, like the current first lady who is living in New York City instead of Washington, D.C. until her son finishes the school year, and 3) it is about how a woman couldn’t bear to see history torn down in the name of profit so she rose up and joined the protesters to fight the developers (and the case went all the way to the Supreme Court!).

As writers, we can’t write a story then wait for it to come out. While one book is in progress we write another and another, until over time we have a collection of books in print that hopefully will bring in royalties that contribute to a livable income. Since my publishers only pay me twice a year, I also have to be patient in waiting for my royalty check!

Natasha Wing is the bestselling author of 25 Night Before books that includes The Night Before St. Patrick’s Day. Her new biography, When Jackie Saved Grand Central: The True Story of Jacqueline Kennedy’s Fight for an American Icon, published by Houghton Mifflin Harcourt received two starred reviews from Kirkus and Booklist. Her next children’s book due out in 2018 with Sterling is Bagel in Love. She lives in Fort Collins, Colorado and loves renovated train stations.

Learn more about Natasha and her books at her website. She can also be found on Facebook, Goodreads, and Amazon.