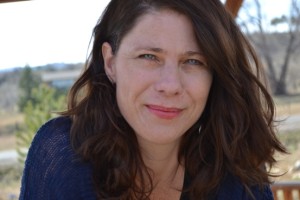 My newest novel, Red Lightning, will annoy some people. Yes, I know it, and I suppose I should be sorry. But I am not.

Let me explain, if I may: For the first several years I was writing this book, it was “normal”—there was a standard arc, plot, characters, narration—and I just didn’t like it. I was taking no risk as an author, and that seemed wrong for a novel in which the characters all take the biggest risks of their lives. Then I had an epiphany: Instead of trying to narrate my main character’s disassociate disorder, I would render it on the page. I would use indentations and parenthetical asides and capital letters when her mind was shouting at her. I would blur words together so as to reveal my main character’s experience of the world.

So I went through the manuscript and re-wrote the entire thing. During that time, I read Keri Hume’s The Bone People, and I must say, it contains the most essential “Author Introduction” in all of literature, because without it, we’d all likely throw the book across the room. In it, she acknowledges what she’s done to readers, which is to throw us into utter confusion. To be blunt, she does something similar, and it makes her book hard to read. There are parenthetical asides, strange indentations, capital letters, and a Faulknerian change-of-consciousness. There are breaks in the line, as if she’s suddenly writing poetry; then there are pages and pages with no break at all. Some thoughts are in italics, some aren’t. When she says in her introduction that several publishers turned it down because it was “too unwieldy, too different when compared to the normal shape of a novel,” I did not doubt her.

In all my reading life, I have never put a book down so many times. But I persisted out of some kind of moral obligation: the novel won the Booker Prize in 1985 and I was living in New Zealand at the time, which is where Hume lives and where the novel is set. When I got frustrated—which was often—I flipped back to the introduction where I had underlined several lines: “To those [who are] used to one standard, this book may offer a taste passing strange . . . Persist.”

That last word I had underlined several times, which was smart of me. 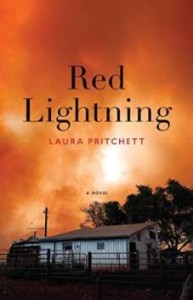 As a writing teacher, I was particularly annoyed when she blatantly disregarded basic writerly rules: Don’t lose your reader. Don’t purposefully confuse them. Remember that ‘vivid and continuous dream’ idea; it’s a good one. And very basic truths too: Use correct punctuation. If you’re going to break a rule, do it consistently and with purpose.

As a writer, I was annoyed because she was ruining my plan. Because here is my secret: I naively hoped I’d be the first one to do some of this stuff. I had not yet read Hume’s book when I started my “unique narrative technique,” and for that, I’m glad, because naivety can bring a certain kind of zeal and confidence.

But after reading Hume’s book, my confidence lagged. Her book had been tough to read! So I went to my computer and cut all the “oddities,” as Hume calls them.

Then I took them out.

The arguments I had with myself while walking the trails or beaches of New Zealand were exhausting. I both hated and loved the idea of messing with the narrative; I simply could not decide if introducing a nonstandard device would be disruptive or revealing. Finally, Hume’s words gave me the courage. Persist. In finding middle ground, that is. Or, rather, 80% ground, because I pulled back and cut most of the “oddities.” What I left, I made purposeful.

In the end, I settled on two big risks. One was an occasional device wherein the text is deeply intended only when my main character, Tess, disassociates from herself. Moreover, the novel is told in first person, but when Tess becomes disembodied, a third person omniscient self floats around and advises her. The other risk was to meld words together, such as “dearheart” or “boneknowledge” or “heartfade.” I’ve always used this technique, but in this book, it became a clear part of Tess’s way of understanding the world.

Now that the book has been released, I’m nervous to see how readers will respond. Perhaps they will throw my book across the room? All I can say is: Yes, I hear you. I own my choice. Like Hume, I hope that it’s ultimately what gives the book its strongest punch. Because when I finally got through The Bone People, I was stunned by the rendering of humanity in such a real way—her book is the best example I know of, in fact, of writing that tries to access all those voices we have going on inside us, all the confusion of one moment in time. So in the end, I can only say what she does in her introduction: “Make of it what you will.”

Laura Pritchett’s newest novel, Red Lightning, was released June 1st. Her previous novel, Stars Go Blue, is currently a finalist for the Mountains and Plains Booksellers Award and the Colorado Book Award. You can follow her on twitter at @authorlaura or find out more about her schedule and writing at her website. She can also be found on Facebook and Goodreads.

Laura is giving away one signed copy of Red Lightning to a resident of the U.S. who leaves a comment on this post before midnight Mountain Time, Saturday, June 27th. The winner’s name will be selected using random.org and the name posted here on Sunday.