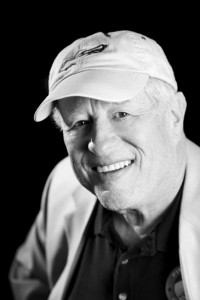 Van Morrison sings of being Torn Down ala Rimbaud. This experience of finding oneself in the ‘Dark Night of the Soul’ is by no means unique to either Van the Man or Arthur Rimbaud, the wonderful French poet. Sinners and saints all speak of falling so low that they have nowhere to go but up. I believe Joseph Conrad said it best in his novel Heart of Darkness.

One has to fall into the pit before he can truly see the stars.

Please forgive this paraphrasing. I’ve been quoting Conrad for so long I have trouble remembering where he starts and I leave off.

In 1993, I had my own ‘Dark Night of the Soul’. My marriage had evaporated and I decided to load up my bicycle—four panniers, tent, sleeping bag, food, etc—and head for the Four Corners area of Colorado. I wanted to commune with the abandoned habitations of Mesa Verde. At least that was what I told myself. The real reason was I needed to be on my own so I could feel sorry for myself.

Almost as an afterthought, I brought along five spiral notebooks. I had already written a suitcase full of poetry and thought maybe I would put my hand to some more. These five notebooks would change my life.

I had ridden my bike almost religiously for years but the trip over Wolf Creek Pass and through the desert took me to the edge of what I could do. And maybe that’s what I needed. Adding to the ragged situation in my heart, I now had a body that screamed monkey curses at me. But the truth was, I was where I needed to be.

I eventually arrived at Mancos, Colorado, the gateway to the Anasazi ruins at Mesa Verde. After setting up my tent, I pulled out one of the spirals, thinking I might write a poem about my first few days. Instead, the germ of an idea for a Sci-fi short story, The Children of Yei, whispered to me, and I wrote until my eyes wouldn’t stay open. I would stay in Mancos for a week, visit Mesa Verde every day and write every night. 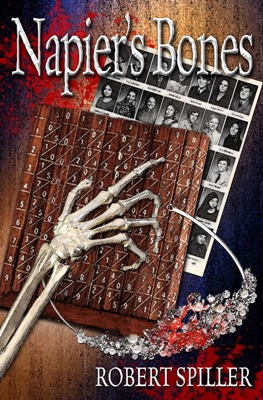 When it came time to leave the Four Corners, the short story had blossomed into the beginning chapters of a novel. I decided to reward myself with a treat. I would head for the Telluride Blue Grass Festival. As I pedaled up Slumgullion Pass, I found myself thinking more and more of what I would write that night. I was falling in love with this writing crap and thinking less and less of spending my days in weepy melancholy.

First of all, let me say that the Telluride Blue Grass Festival is breathtaking and then immediately follow that up with I saw very little of it. I had to write. Even as I sat on my sleeping bag in the audience, I had out my spiral (my third) and was scribbling feverishly. I looked up once to see someone offering me a beer, took it, and went back to work. By the time the festival ended, I was nearing the halfway mark of The Children of Yei. It was also time to head home.

It would be nice to tell you that I had the novel finished by the time I reached Colorado Springs, but the truth is that the final draft wouldn’t ready until 1998. That was also the year I heard about Pikes Peak Writers Conference. On a whim, I entered their writing contest.

My ecstasy was short lived. No high powered agent or publisher clamored for this award winning story. In fact, to this day, The Children of Yei is unpublished. Although I didn’t think so at the time, this rejected novel set me on a path that has defined me for the last twenty years.

Three months ago, I released Napier’s Bones, the fifth in the Bonnie Pinkwater mystery series. It may be the best work I’ve done to date and I’m proud of it. And to think it all started with five spiral notebooks and a broken heart.

Besides being a master of space and time, Robert Spiller is the author of the Bonnie Pinkwater mystery series: The Witch of Agnesi, A Calculated Demise, Irrational Numbers, Radical Equations. The fifth in the series, Napier’s Bones, was released in April 2015. His math teacher/sleuth uses mathematics and her knowledge of historic mathematicians to solve murders in the small Colorado town of East Plains. For thirty-five years Robert taught Mathematics at every level from Elementary through university, the last ten at Lewis Palmer Middle School. Now retired, Robert lives in Colorado Springs, Colorado with his wife Barbara.

Robert is giving away five PDF or Mobi copies of Napier’s Bones to readers who leave a comment on this post by midnight Mountain Time Saturday, July 4th. The winners will be announced here on Sunday, July 5th. Whether you win or not, if you would like Robert to have your email address to add to his newsletter list, mention that in your comment and I’ll pass it on.