When I was in 2nd grade, I was diagnosed with Juvenile Rheumatoid Arthritis, which caused severe visual impairment. Up to that point, I was your typical scrawny urchin. I grew up in the desert of Southern New Mexico and I spent most of my childhood playing in the dirt. But after the diagnosis, many things changed. In fact, I think it’s safe to say that nothing about my life was typical. And I wouldn’t have it any other way.

Growing up with a disability in a small town could have been a disaster. But my parents weren’t about to let my disability become a crutch. They believed in me and they taught me to believe in myself. I was instilled with the idea that I could do anything that I set my mind to. OK, so maybe I’ll never be able to drive a car, but in the grand scheme of things, that’s hardly been a setback. I was taught never to say “I can’t” but rather to think creatively about “how can I?”

And it’s with that attitude that I decided to take my writing career full-time. That’s not to say I haven’t agonized over things like income (or lack thereof), expenses (far outreaching the income), rejections (both the encouraging and the soul-draining) and all the other trappings of the writer’s life. But when I start to feel discouraged, I look at my life and all the things I’ve managed to do and I won’t let myself give up.

In practical terms, I realized early on that I would need to treat my writing career as a business. I’d always dreamed about being a novelist (and also a Supreme Court Justice, but that’s another story), but I was realistic enough to recognize that writing novels wouldn’t put food on my table (at least not in the short-term). So I took a magazine writing class taught by Kerrie Flannigan and started applying the lessons learned. I queried. I brainstormed. I wrote. A few months after taking Kerrie’s class, I sold my first story to Chicken Soup for the Soul. Shortly thereafter, I became a regular contributor to Novelty Bride Magazine and ESME.com. Whether it was in print or online, paid or unpaid, if someone gave me something to write, I wrote it. And as my publication credits grew, the money started tricking in. 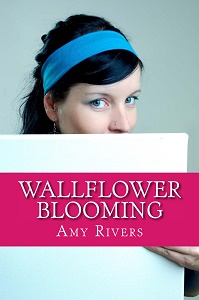 I took advantage of NaNoWriMo one November to push myself through the first draft of a novel, all the while still writing articles and submitting queries. I’m not going to lie. I’ve been working my tail off for the past few years. I spent months revising and then more months querying agents. I got tons of encouragement attached to a whole lot of rejection, but the encouragement kept me grounded. I can accept a “not for me” any day.

Then, at the beginning of 2016, I decided I needed to move on to other projects and I was either going to have to put my novel on the backburner or take the plunge and self-publish. Being the impulsive and impatient person that I am, I decided to put the book out in the world and see what happened. Having a decade of experience in marketing definitely made me less scared of the process. But I didn’t now how steep the learning curve was. I think I’ve learned more this year, both in my successes and my utter fails, than I ever imagined. For all the published authors out there, my hat’s off to you. Writing is the easy part.

On June 28, my first novel Wallflower Blooming will be re-released under the Wooden Pants Publishing imprint and in July, I’m getting married. What a crazy, wonderful year! It’s been a year of possibilities and I’d like to think that I’ve been open to all the opportunities that have been presented. I still have my blue days when I feel the pressure bearing down on me, but that’s what mental health days, friends, chocolate and glasses of wine were made for, right? As long as I tell myself I can do anything I put my mind to, I can.

Amy Rivers was born and raised in southern New Mexico and currently resides in Colorado. Her interest in social issues and violence prevention led to a Master’s degree with concentrations in Psychology and Politics. Amy has been published in Chicken Soup for the Soul: Inspiration for Nurses, Novelty Bride Magazine, ESME.com and Splice Today. Wallflower Blooming is her first novel.