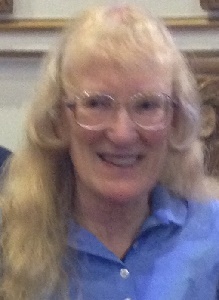 In all my mysteries, the setting is integral to the story. In my Cornish series, it’s fundamental.

Cornwall, the rocky, cliff-bound peninsula at the southwestern corner of Britain, has a character—and a language–all its own. For centuries it was almost inaccessible except by sea. The Phoenicians came for tin and gold from the mines but fishing, agriculture, and smuggling were the backbones of the economy. Even the coming of the steam age made less difference than elsewhere because of the distance from London.

Tourism took off with the spread of cars after WWII. The tiny fishing ports, tucked into nooks in the cliffs, the misty moors, the mild climate, the welcoming farmhouses buried in the green countryside, the tales of King Arthur, and not least the Cornish pasties and Cornish clotted cream charm visitors.

I’m sometimes asked what is my connection to Cornwall. I’m not a native, but since I was a child I have visited frequently, most often to the rugged North Coast where Eleanor lives. I set a Regency in that area (The Miser’s Sister) as well as another (Smugglers’ Summer) farther south, near where my sister now lives, on the banks of the River Tamar. She is just a couple of miles downstream from a superbly preserved fourteenth century fortified manor house, Cotehele. 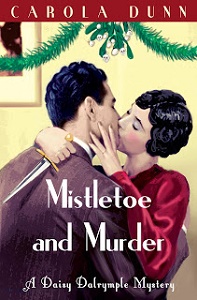 The first time I saw Cotehele, now a National Trust property, I wanted to write about it. In Smugglers’ Summer. I was very careful to make my descriptions as accurate as possible, except that I invented a secret tunnel for purposes of the story.

Later I set one of my Daisy Dalrymple mysteries (1920s), Mistletoe and Murder, in the same place. Once again I used my imaginary secret tunnel. The other day I heard from someone who works at Cotehele as a volunteer. She said after reading both books, she almost believes the tunnel is real!

Only in recent years have improved roads made Cornwall truly accessible. “Improvement” being in the eye of the beholder, when I decided to use Cornwall as the setting for a new series I chose to continue writing historical stories, though in this case going back a mere 50 years.

The Cornish Mysteries feature Eleanor Trewynn, a widow in her 60s. Eleanor spent most of her life working all over the world for an international charity. She retires to a small fishing port in Cornwall and sets up a charity shop. 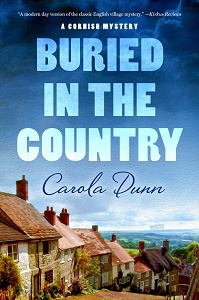 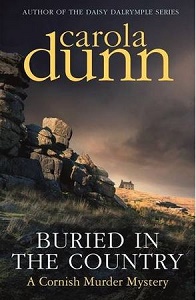 In the fourth book in the series, Buried in the Country, she is called in by an old friend to mediate between antagonistic factions of an African country fighting for independence. The top-secret conference takes place at a hotel near Tintagel, legendary site of King Arthur’s castle.

Eleanor’s niece, Megan, a Cornish police detective, is sent to provide security. At the same time, her boss expects her to investigate the disappearance of a local solicitor (lawyer), an acquaintance of Eleanor.

When two London thugs turn up in the wilds of Cornwall, Megan isn’t sure whether they’re spying on the conference, searching for the missing solicitor, perhaps with mayhem in mind, or contemplating some other crime. Whichever, she’s responsible for stopping them.

Despite Megan efforts to keep her aunt out of trouble, Eleanor is drawn into the tangled web. Murder begets murder, in a night chase across Bodmin Moor in the fog.

Eleanor, making use of her experience of human nature and a few tricks learned in far corners of the world, emerges from the fog with all the threads of the mystery—and the villain’s collar—firmly in her grasp.

As you can see, the setting is essential to the story! However, the US publisher (Minotaur) has chosen to use a pic of Dorset, two counties over, for the cover art (on the left). The UK cover (on the right) is an actual photo of Bodmin Moor where much of the story takes place.

Kirkus review:
Buried in the Country
Minotaur, $25.99 (336p) ISBN 978-1-250-04703-8
“The rewards of this entertaining cozy include characters with depth, an interesting bit of history, and an exciting chase through the moors.”

Carola Dunn is the author of 26 mysteries and 32 Regencies. She was born and grew up in England but has lived in the US for many years, at present in Oregon. Her favourite activities are gardening, reading, and walking the dog. She has two grandchildren and cannot believe one is a teenager. Where did the years go?

You can learn more about Carola and her books at her website. She can also be found on Facebook for the Cornish Mysteries, the Daisy Dalrymple Mysteries, and Regencies by Carola Dunn. All books should be listed on Carola’s Amazon Author Page.