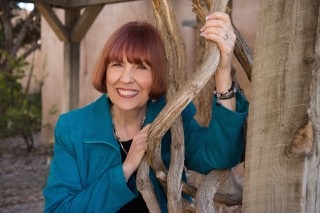 If you could have only one, what would your “do-over” be? Everybody has at least one, right?

I’ve thought about that long and hard over the years. For example, my husband Don and I were high school sweethearts. We talked back then about getting married sometime after he graduated from college. But his parents had other ideas, and so we broke up. We went our separate ways, married others and had our own families. Then 30 years later, circumstances brought us back together, and we were finally able to be married.

If we had a chance at a do-over, would we go back to that time, defy our parents wishes, and marry each other? We’ve talked about it, and we each came to the conclusion that we’re probably better off having married each other exactly when we did. Of course we’ll never know for sure, but logic tells us this is true.

But what if I’d actively pursued becoming a writer 40 years earlier? Now there’s a question that haunts me, because I feel I lost so much time before seriously pursuing the craft. What kept me from it all those years ago? I had dreamed of becoming a writer since I was nine years old.

I can give you all sorts of “reasons” why, but they always sound more like excuses. Lots of women write while working, raising families, and having little or no free time. No matter how you slice it, I did not do that, even though I purchased a portable typewriter back then for that very purpose. I had an idea that I would write amazing short stories and sell them to Redbook magazine and The Ladies’ Home Journal. I sat down to do that, several times in fact, but I always froze up and nothing went on the page that even resembled a viable short story.

Back then I couldn’t figure out why. I could not come up with a reasonable explanation for why my plan didn’t work. Looking back on it I think I know what held me back—the one big thing that shrouded my thinking. I couldn’t possibly be a writer because I didn’t have the credentials to call myself one.

It took 40 years for the light to go on, and when it did, it made all the difference in my world. 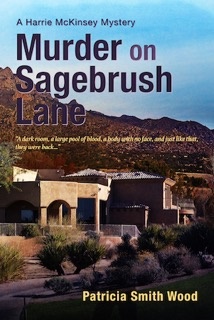 In Albuquerque we have an organization called SouthWest Writers. People of all ages and abilities belong and go to the twice-a-month meetings. I thought about attending several years before I actually worked up my nerve to do so. How could I go to such a meeting? I’d never written anything to talk about. Oh sure, I’d been writing all my life but that didn’t count. Composing business letters and reports, writing speeches for my bosses, that play I wrote in 4th Grade—that stuff didn’t count. I’d never had anything published or won any contests. Heck, I’d never even entered any contests. They would laugh at me, or worse, show me the door.

Eventually I made the decision to attend a meeting, and I discovered a whole lot of people just like me—people who wanted to write but didn’t know how to get started. Someone came up and asked my name and what type of writing I did. I confessed that I wanted to be a mystery writer.

And just like that, the shroud dropped from my brain, and I finally understood that all the experience and credentials in the world won’t make you a writer. You have to take on the mantle of a writer, own it, believe it, practice it, do it, but first of all you have to say it.

Towards the beginning of the meeting, visitors were asked to stand and give their name and the genre of writing they did. I stood tall and said, “I’m Pat Wood, and I’m a mystery writer.”

And it was true.

So do I wish I had do-overs and learned that lesson 40 years earlier? Sometimes—but on sober reflection—perhaps it was best the way it actually happened.

Patricia Smith Wood, aka, “Pat” says she seriously focused on writing mysteries shortly before the beginning of her second childhood—that period in a person’s life after retirement and before senility sets in for good. Her childhood as an “FBI Brat” gave her unusual insight into the lives of crimefighters, detectives, and spies. She spent a period of her early working life employed at the FBI, often taking dictation from her own father in the course of a day’s work.

From her teenage years she was hooked on mysteries in all forms: books, movies, television shows, and newspaper accounts. This led to her first mystery, The Easter Egg Murder, published in February 2013 by Aakenbaaken & Kent. It was a finalist in the 2013 NM/AZ Book Awards in the categories of Best Mystery and Best First Book.

Her second mystery in the series, Murder on Sagebrush Lane, a mixture of murder, mistaken identity, theft of government secrets, and blackmail, has been entered in the 2015 NM/AZ Book Awards.

Learn more about Patricia and her books at her website. She can also be found on Facebook  and Goodreads.