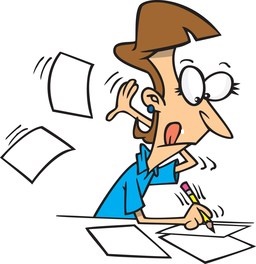 To continue my series on self-editing tips, I’m turning my attention today to dialogue and the tags we use to identify the speakers in a conversation.

This step may be combined with others during the sentence-by-sentence editing read because it addresses only these three mechanics of labeling dialogue:

When dialogue is carried on between two people, use the dialogue tag only as often as needed to let the reader know who is speaking.

“You know what I mean?” said Marjorie. She waited for her brother to answer.
“No.”
“Don’t be silly. Of course, you do.”

“I don’t understand what you mean,” Marjorie said.

Marjorie raised her eyebrows and tilted her head. “I don’t understand what you mean.”

Use said as your dialogue tag, with perhaps an occasional asked or repeated.

Other words that describe speech such as hollered, yelled, whispered, mumbled, and shrieked might be used once in a great while, but it’s best if the dialogue and narrative show the speaker’s behavior and tone, rather than the author telling us. Avoid verbs that introduce actions other than speech. Examples are coughed, spat, choked, and lied.

If you missed the earlier self-editing tips, they are: