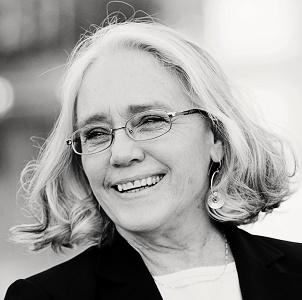 For me as a writer, inspiration sometimes jumps out of the bushes and whacks me on the head. Other times it’s a little more stealthy. For example, once a man I’d seen walking on the street hung around in my brain until he became a character and then had a story form around him.

My Quaker Midwife Mysteries (Midnight Ink) sprang up from a convergence of several events (and then whacked me on the head). One: I moved to an antique house in a lovely historic mill town in northeastern Massachusetts where I’d been attending Friends Meeting (what we call church) for more than two decades. Two: I quit my day job to become a full-time mystery writer. Three: I read a news story about a fire in 1888 that destroyed many of the factories producing Amesbury’s world-famous carriages. 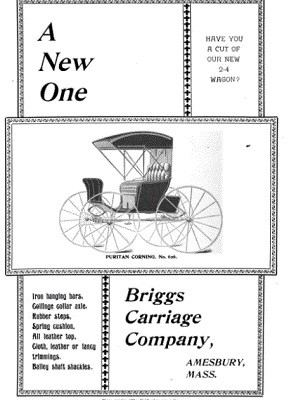 As I walked to church one Sunday morning, a character gently whacked me on the head and said she wanted to solve the crime of arson that started the Great Fire of 1888. She was a seventeen-year-old Quaker mill girl – and she lived in my house. Okay! I listened to Faith Bailey and wrote a short story, even though historically the fire was not caused by arson. John Greenleaf Whittier was still alive at the time and lived down the road, so he got a bit part, too. “Breaking the Silence” was published in Stone Cold: Best New England Crime Stories 2013 (Level Best Books) and won an Honorable Mention in the Al Blanchard Short Crime Fiction Contest. 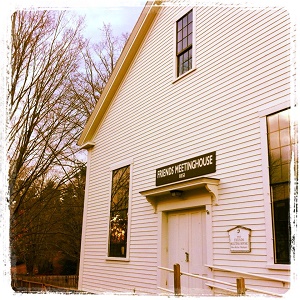 Then Faith, the setting, the era – they all refused to go away. More whacking on the head. It was clear I needed to write a book about them, but I decided Faith wasn’t strong enough to carry a series, and I didn’t want to write a young adult novel. So I added Faith’s not-much-older aunt, Rose Carroll, her late mother’s sister, and I made Rose a midwife who turns out to have a talent for amateur detecting. She can go places no male detective can – a woman’s bedchamber – and hears secrets during client visits and labor that otherwise might never have been revealed. 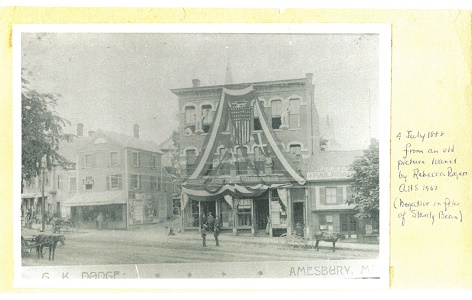 I found I love the era, too. So much is on the cusp of change. The horse-drawn trolley didn’t become electrified for another two years. Rich people would have had gas stoves in their homes, and telephones, but not those with a modest income like Rose. Germ theory of infection was starting to be known, so Rose knows to wash her hands frequently, but almost all births were still done at home with midwives. Even fingerprinting was still some years off.

I have been happier writing the books in this series than any of my other books, as much as I enjoy them, too. I don’t mind the extra work of the historical research, and I keep seeking out new facts, new old photographs and maps, new stories I didn’t know about my town. Maybe the stories that whack you over the head are the ones that need to be written. I don’t know. I’m just grateful for that whack, and that I’ll be writing book three starting in June.

Readers, where do you get inspiration? Have you had the experience of being whacked over the head, or are your insights more subtle?

Edith Maxwell writes the Quaker Midwife Mysteries and the Local Foods Mysteries, the Country Store Mysteries (as Maddie Day), and the Lauren Rousseau Mysteries (as Tace Baker), as well as award-winning short crime fiction. Her short story, “A Questionable Death,” is nominated for a 2016 Agatha Award for Best Short Story. The tale features the 1888 setting and characters from her Quaker Midwife Mysteries series, which debuts with Delivering the Truth on April 8.
Maxwell is Vice-President of Sisters in Crime New England and Clerk of Amesbury Friends Meeting. She lives north of Boston with her beau and three cats, and blogs with the other Wicked Cozy Authors. You can find her on Facebook, Twitter, Pinterest, and at her web site.