I have a clump of hens and chicks growing in my garden that I’ve watered but otherwise left unattended, even though I know I need to take some of the chicks and move them to new spots. Apparently, the cluster decided it had been ignored long enough, so it grew a spike of alien chicks that reminds me of a scary movie where strange-shaped monsters came out of a swamp. I think it’s creepy. 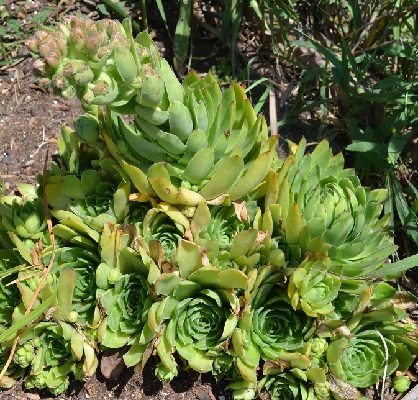 That group of tiny pods at the top erupted into an ever-expanding spray of what I think are fledgling chicks. I’m afraid to touch it until I get online and read what I’m supposed to do with this thing. I guess I shouldn’t neglect hens and chicks anymore. 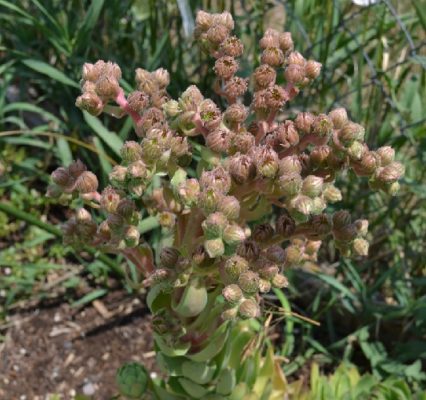 On a less bizarre note, I like to plant gladiolus bulbs each spring. I buy them in bulk and keep hoping for a variety of colors but mostly get red and deep orange. This one, however, is a little different and my favorite so far. I got the black background by placing the vase in front of the television screen and then working the angle so I didn’t get a reflection from my flash. I love glads. 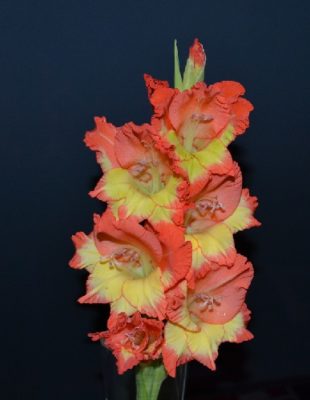 I also have tomatoes, summer squashes, green peppers, kale, and rosemary this year. And pansies. And a few shade-loving plants in a secluded corner by the front gate. Now, here it is almost September and time for garden clean-up. Sigh.