My brother’s little black Scottish terrier is a bit of a character. She became accustomed to watching television with my brother during his last years enduring end stage COPD. When my oldest son visited them at the end of September, he took this photo. 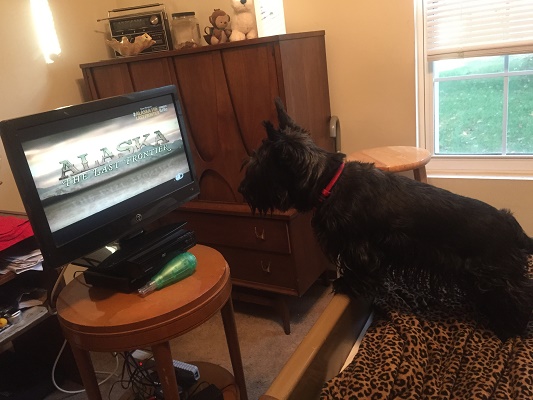 While I’m recovering from knee surgery, Sassy is staying with a young couple over in Illinois who were so kind to agree to be her foster mom and dad until I’m able to bring her to Colorado for her new forever home. Sassy is doing well so far, especially now that she’s able to run and play on a farm and has other dogs and active adults for company. But it appears she has not given up her television habit. Sassy’s foster mom took this photo and sent it to me last week. 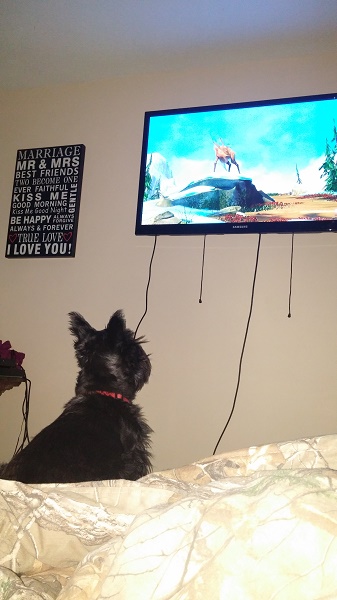 I think she’s most interested in animal shows, so once she joins us here, I guess we’ll be watching a little more of Animal Planet.

And no, we still haven’t told Katie Cat that Sassy is coming. We’re not sure what’s going to happen….